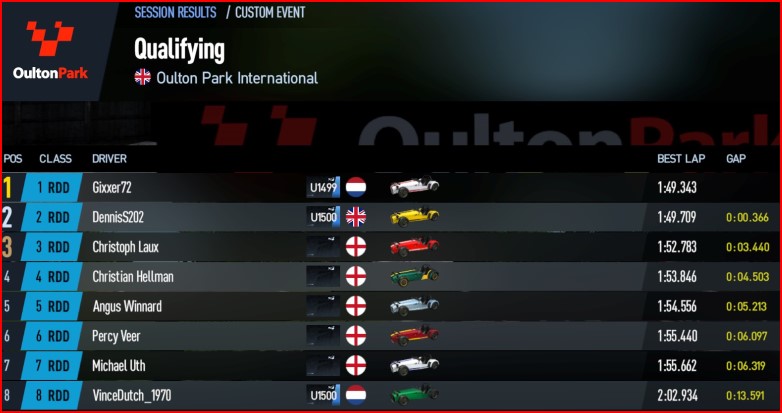 Despite two tows Gixxer201 won the Charlotte MS Roval Long.
He won the race while in the pit lane for an repair of the car after
a huge crash.

DennisS202 almost got his first P1 in our racing tours, but Gixxer201 was only 0:00.366 faster.
The difference between those 2 racers in Cadwell Park GP was around the 1.6 s (in Qualifying).